Will the Surface Kill the iPad? In 2010 Apple did something extraordinary with its iPad. It cemented the tablet’s useability in our daily life. Sure tablets had existed before then, but Apple was the first to combine tech capability and user-friendly design into a package with mass market appeal. The iPad’s launch was terrific, but now nearly a decade on is the end in sight? Will Apple’s icon be killed off by an old foe’s device?

Many rival manufacturers were quick to try and replicate Apple’s success with the iPad. While some competitors, most notably Samsung, have made a good go of it, offering something not only just as good but arguably better than the iPad has been a high hurdle to clear. So for most of this decade, the Aussie tablet market could be described as ‘Apple and the also-rans’. Then Microsoft’s launched the first in its Surface series during 2012.

In many ways the first Surface’s launch was a blip on the radar. But recent years have seen Microsoft become more savvy in their marketing, and crystalising the modern Microsoft identity. By contrast, Apple’s recent years have seen it unable to replicate the market dominance it had with the launch of the first iPhone and iPad. Additions to its range like the Apple Watch have been fantastic, but haven’t been the ‘game changers’ that prior devices were given increased market competition.

In this arena, the Surface has gotten stronger and stronger. Microsoft’s Q4 2019 earnings displayed record year-on-year growth – made all the more impressive by the underperformance of the Xbox division – with this growth underwritten by Surface sales.

Apple has also been doing very good business with its iPad Pro range – even outselling the Surface at times – but its playing catch up in the marketing front. Microsoft has been in this business of putting jamming a laptop into a tablet since 2012. It did this to offer a point of difference to iPad – and its been succeeding. Apple is now trying to replicate it, with the Pro offering a keyboard and a stylus.

But even if imitation is the sincerest form of flattery, Apple’s brand has long been about innovation. Whether consumers will care about which tech team has the greatest inventors is questionable. But just as Microsoft cornered the market in the 1990’s before ceding back the innovator’s edge to Apple in the 2000’s, Apple would be weary to base its success heading into the 2020’s on its more turbulent performance in the market throughout the 2010’s.

Old Foes Back at It

Today the playing field is different between these tech titans. In many ways there’s been a role reversal. Microsoft isn’t seen as the clear-cut industry leader it was in the 1990s. Apple isn’t seen as the quirky upstart anymore, and it can’t be given mid-2018 saw it hit over USD$1 trillion in market capitalisation.

There’s pros and cons in this new dynamic for the Cupertino company going forward. Apple holds a solid market share, and the greater variety of products it sells means its future is strong as a mainstream provider of tech devices.

By contrast, Microsoft has a new mojo about it. It’s capacity to reposition itself as this era’s innovator- especially when underwritten by the power and proven success of the business elsewhere – means it must not be underestimated.

For now the future of the iPad looks solid. But its next decade will certainly be more challenging than the one passed. Microsoft will make sure of it.

Meanwhile, we’re always here ready to serve you with any tablet services you need. From hardware repairs software bug-fixing, to upgrades and more! Contact us via (03) 9555 6684 during AEDT business hour or anytime via service@horizontechcs.com.au 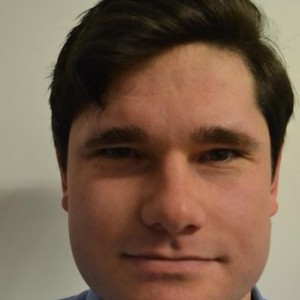